Despite a catalogue of recent errors, HMRC has now launched an IR35 investigation into the affairs of ITV presenter Eamonn Holmes. Who will they target next? 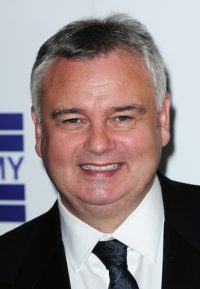 According to a weekend report in the Daily Mail, Holmes says that HMRC has launched a ‘test case’ against him over his IR35 status.

The implication being that the presenter is, in fact, an ’employee’ for tax purposes for some or all of his media work, rather than being in business on his own account.

However, the star said: “They have reinvented the rules in the past couple of years. There is nobody more freelance than me.”

HMRC has already launched an investigation into how high profile BBC stars are remunerated – and it appears now that it has cast the net wider to cover more media workers, despite errors made in the recent past.

Seb Maley, CEO of Qdos points noted that “while the details of Mr Holmes’ contract have not yet been disclosed, it’s important HMRC learns from the apparent mistakes it made when investigating BBC presenters earlier this year, given it was reportedly the broadcaster that encouraged these workers into operating through their own limited company and it was not necessarily the individual’s choice.”

How are limited company contractors taxed?

Unfortunately, in the article, The Mail misreports the tax differential between employees and self-employed, and says that HMRC is “demanding the stars pay income tax at up to 45 per cent instead of corporation tax at 19 per cent.”

In reality, of course, a freelance person working via their own company is responsible for paying both Corporation Tax on company profits at 19%, and also income tax on the salary and dividends drawn down – which can be up to 45% depending on the tax bands the income falls into.

Contractors are responsible for paying for a wide range of essential services which employees enjoy for free. They are also not paid when they are ill or take time off for holidays.

If an individual’s contract is deemed to be ‘within IR35′, all of their income from that assignment will be taxed as if they are a traditional ’employee’.

We asked Maley why contractors appear to be one of HMRC’s favourite tax targets:

“HMRC has targeted contractors for a number of years, which is ultimately a short-sighted strategy and could well backfire on the taxman and impact the entire UK economy.

“It’s clear the Government sees contractors as a soft target compared to huge companies such as Amazon, that seem to continue to avoid paying a proportional amount of tax with ease.”

And on the possible IR35 ‘off-payroll’ rule extension to the private sector, Maley told us:

“Worryingly, the taxman’s unpredictable behaviour suggests anything could happen with regards to potential private sector changes. But with the Budget approaching fast, we won’t have to wait long to find out whether the Government intends to roll-out what would be unnecessary IR35 reform as early as April 2019.”

What should contractors do?

Contractors who work via limited companies should do all they can to protect themselves from current and future IR35 threats.